Sony’s “Morbius” Leaves a lot to be Desired 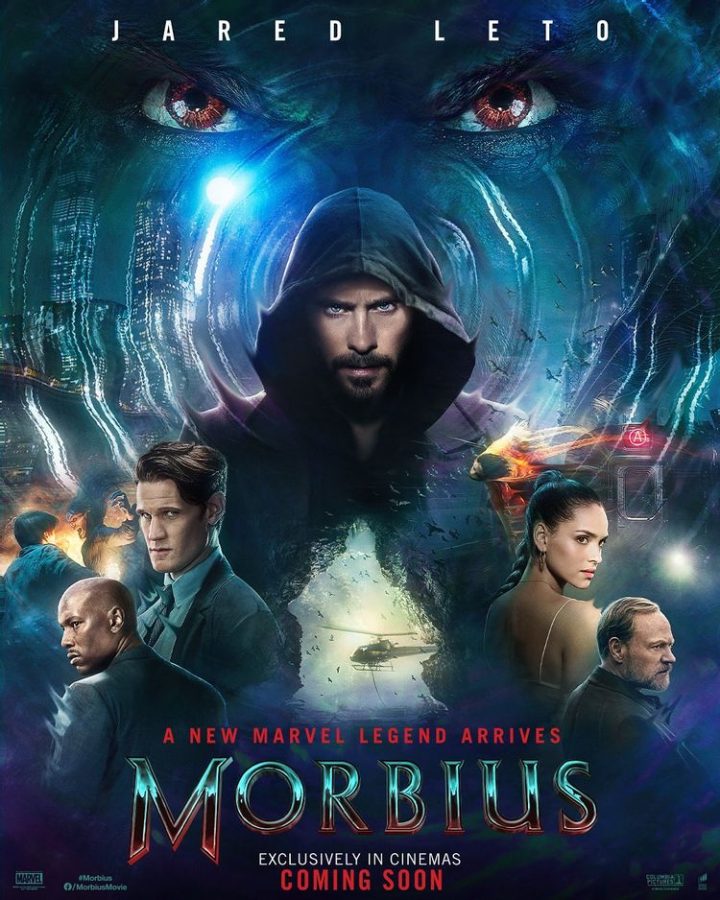 Sony’s Marvel universe has kicked off its 2022 slate of feature films with “Morbius,” starring Jared Leto as the titular Dr. Michael Morbius. The film, which has experienced multiple delays due to the pandemic with its original release date being March 2021, and then in October of the same year, has finally been released and it should have stayed buried.

Dr. Michael Morbius is a famed doctor who specializes in blood diseases, having concocted life-saving synthetic blood that has apparently saved more lives than penicillin.

His research is fueled by his own condition, a rare blood disease that affects his ability to walk, which leads him to rely on crutches for mobility. He is also inspired by his best friend, Milo

(Matt Smith), whom he met in a hospital when they were both children and who suffers the same affliction.

When Morbius makes a breakthrough in his research, successfully extracting DNA from a bat and attaching it to another animal, he and his work partner, Martine (Adria Arjona), carry out the experiment.

Obviously, it does not go as planned.

Like the inception of the Green Goblin, Michael wakes up in the lab as a murderous superhuman vampire. His face is transformed into a terrifying creature with long fangs and sharp claw-like nails. He can move at superhuman speed, crawl ceilings, and fly.

There’s just one catch: he needs to consume blood every six hours.

When Milo catches word of this, he turns himself into the same creature but because he drinks human blood rather than synthetic like Michael, he has an even more nefarious side. The rest of the film sees them fight it out as Michael tries to stop himself from fully indulging in his monstrous side, walking the line between hero and villain.

While Marvel Studious have been putting out success after success, the same cannot be said for Sony Pictures.

We get barely any backstory into the protagonist we are meant to empathize with through the entire film. We know little about Dr. Michael Morbius and the film tries to give us a character that we can identify with as he cares for young children and tries to cure his best friend, but it all feels like filler.

The central problem of “Morbius” is a lazy and uninspiring script. No weight or depth is given to any character and the humor that is thrown in just does not work.

Being a villain origin story of sorts, it is fair to draw similarities with another Sony Pictures film, “Venom.” However, “Morbius” lacks all charm and devotion to its main character by hoping lengthy action sequences and jarring images of Leto and Smith’s animated faces will make us forget about how poor the script is.

If there was anything positive about this film, it would be that Leto does feel somewhat comfortable in the role. Instead of letting the lazy writing wash over him, he does what he can with it.

With Leto having a recent stream of flop performances as Joker and Paolo Gucci, Morbius may suggest that Leto works best in less eccentric roles. “Morbius” is a disappointing film that leaves a lot to be desired sadly.