Poet paints pictures with her words 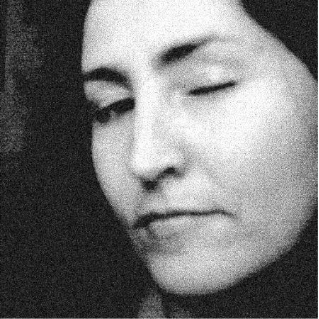 She painted pictures of beautiful ponds and skimming rocks thrugh the dramatization of her poems.  Cleveland Wall had her poems memorized as she dramatically recited them to the audience.  Cleveland was one of the runner’s up from the Robert Fraser open poetry competition.
“Cleveland was my favorite.  She was dramatic.” said Eileen Flor, of Richboro, a workshop student of Dr. Christopher Bursk’s.  “Her poetry is inspiring and at times it made me want to write myself.”

Cleveland has been writing poetry since she was eight-years old.  Although, she has never won a poetry competition, she did win a worst-sentence contest at a writer’s conference in Fresno, CA.  Her prize was a bottle of Chardonnay. This competition is the closest she has ever come to winning a poetry competition.  “I am pretty tickled to be runner up for this one, as there were so many good poets vying for the prize.” Wall said.

“I felt like I connected to her poetry” said Kate McCafferty, 23, of Bristol, fine arts major.  “The way that she uses her voice is artsy and she adds humor.”

Christopher Bursk is a constant inspiration for Cleveland.  “As a poet and a teacher and a mind (He will hate that I said that, but it is true).”  Wall said.  “The great community of poets in Bucks County is also inspiring.”

“I usually don’t know what the poem is about until after I’ve written it.” Wall said.

As far as her famous favorite poets, she admires Rilke, Poe, Sylvia Plath, Elizabeth Bishop and so many others there isn’t enough room to list.
“Mostly my train of thought will be rattling down the tracks and somehow settle into a poetry groove.” said Wall.  That is how she gets motivated to write.

Her poetry is mostly written in freestyle and she casually uses rhyme but she also likes to play with visual poetry.  This is evident in the way she had her poems memorized and used hand gestures to paint the picture of the story she was telling in her poems.
She doesn’t try to send a message through her poetry because “when I try to do that I tend to write very bad poems.”  Wall said.  “For the alchemy to work, the message has to put itself in the bottle.”

“I have been to four or five readings so far.  I liked Cleveland’s performance.” said Kyle Knoblauch, 22, of Bristol.

The Wordsmiths series on March30 was held in the Orangery where the runners up Laura Holloway, Bernadette McBride and Cleveland Wall read their poetry along with the winner of the 2012 Robert Fraser Poetry Competition, Janet Poland and April Lindner the Robert Fraser Distinguished Visiting Poet who was the judge of the competition.

The Orangery was filled window to window with students, faculty and staff.  Some of them are aspiring poets themselves.  Advice from Janet Poland “Living alert and attentive, poems will come to you.”  What she means is to see things for what they really are.  It will bring out the poet in you.