How Social Media Is Stressing Young Adults Out 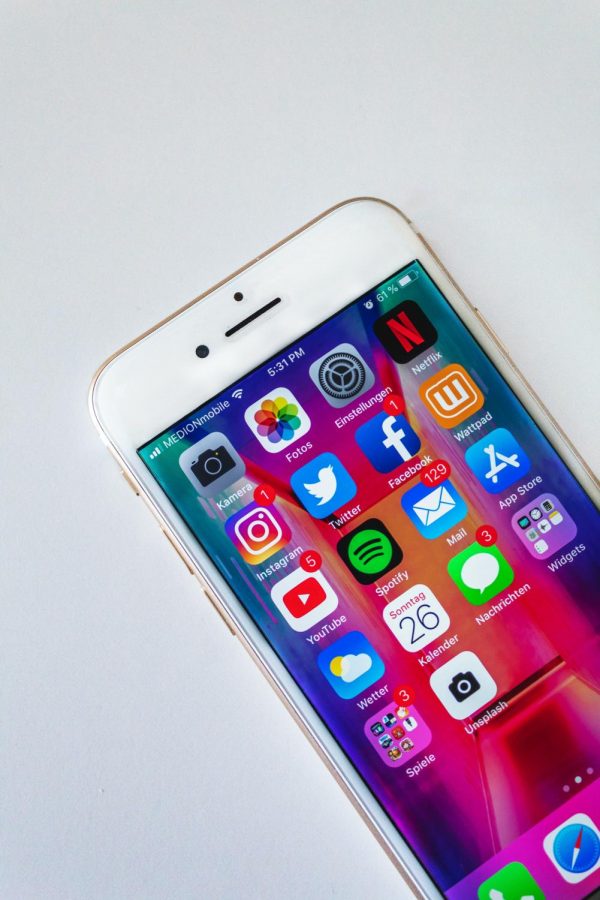 As society ventures into the 21st century, we have seen social media platforms dominate the internet. Whether it be the eroding Facebook, the popular Instagram and Twitter, or the newcomer TikTok, social media has been an important part to the younger generation’s lives.

The idea of social media seemed like a great one at first. You can post whatever you like, express yourself however you want and connect with people around the world. Hypothetically speaking, this could expose people to a lot of different cultures, ideas and lifestyles positively.

The first popular social media site was launched in 1997, a site called Six Degrees. From 2002-2006, social media sites such as Friendster, LinkedIn, Facebook, YouTube and Twitter were popping up one after another. In the 2010’s Instagram, Snapchat and TikTok defined the decade.

Social media quickly proved itself to be addictive and toxic as people using the platforms ultimately started craving more attention. The act of buying followers and likes became a popular practice for people who wanted to make their profile seem attractive and trendy.

Though some have yet to buy into the trend, it often leaves underlying stress and anxiety in young adults who have learned to judge and compare other people by their online profiles.

Kalei Casiano, an 18-year-old journalism major from Warminster, said, “I do use social media often. I use it to post the good times I have with my friends and family. I also use it to post pictures of myself so in the future, I can go back and see all kinds of memories.”

A recent study done by the Centre for Addiction and Mental Health (CAMH) revealed that over 20 percent of students use social media for at least five hours a day. It has also been proven that avid social media users tend to think negatively about themselves as they compare themselves to other people’s online profiles, and get a false sense that others are living more fulfilling lives than them.

The people that tend to dominate social media platforms are the celebrities and influencers of the world. Celebrities are busy people with exciting lives, and they post high-quality pictures of them on luxurious vacations. They have millions of followers, likes, subscribers, you name it.

A big factor in this is that not only are celebrities… celebrities, but they are also young, for the most part. Celebrities age differently from the rest of the human race. We see young Disney Channel stars with beautiful hair, straight teeth and impressive figures.

A big game-changing photo editing app that has taken Instagram by storm is an app called Facetune. You can use it for smaller purposes, such as to make your jewelry sparkle and stand out a little more in your pictures, or you could use it for much bigger purposes such as changing the lighting in your pictures or completely smoothing over your skin to make it pore-less and porcelain.

With the reign of YouTube, many different personalities have found a way to take over the app/site. One example would be the 20-year old makeup artist, James Charles, who currently has 18 million subscribers on the platform. He went viral a few years ago for the fact that his makeup in real life looked nothing like his makeup on his Instagram.

Instead of his career suffering from such a finding, it instead flourished, and he now has his own makeup brand. He even posts videos on his channel of him Facetuning his followers’ submitted selfies. Those videos receive millions of reviews and millions of praises.

One remark he made in one of his videos is, “I’ve literally become so known for Facetuning at this point that not only do I edit my own photos, but so many different Instagram celebrities and YouTubers that you guys all know and love, I will not release any names, but also send me their photos to edit too.”

“[Celebrities] are shown as perfect all the time no matter with or without the editing. It’s like a new form of catfishing except people know your identity. Facetuning and photoshop are just new forms of our culture. Being yourself isn’t beautiful anymore,” said Casiano.

Young adults are very impressionable and handling media platforms that are easily manipulated only adds to the problem. Growing up with the digital age normalizes the great amounts of pressure put onto young kids to be presentable on all social media platforms.

According to Park Nicollet Melrose Center, 53 percent of American girls are unhappy with the way they look. This number increases to 78 percent by the time they turn 17. Only 5 percent of girls have the body that American media pushes for.

Though social media can be very addicting and become very negative, it doesn’t always have to be that way. In fact, there are many online forums and sights that help people with stress, depression and anxiety.

There are many helpful accounts across all platforms that try to help people and their mental illnesses. It is easy to find multiple accounts on Facebook, Instagram and Twitter. Some of these accounts help post inspirational quotes or helpful tips to help ease people’s worries. The comment sections are usually filled with supportive words and people connecting about their worries.

Media can easily be made negative because, well, negativity sells. Negativity is reactive and newsworthy. That does not mean that everything found on social media is negative, though. It’s surprising how many positive and informative things you can find on the internet if you look in the right places.