The Student Workforce and the Unemployment Waiting Game 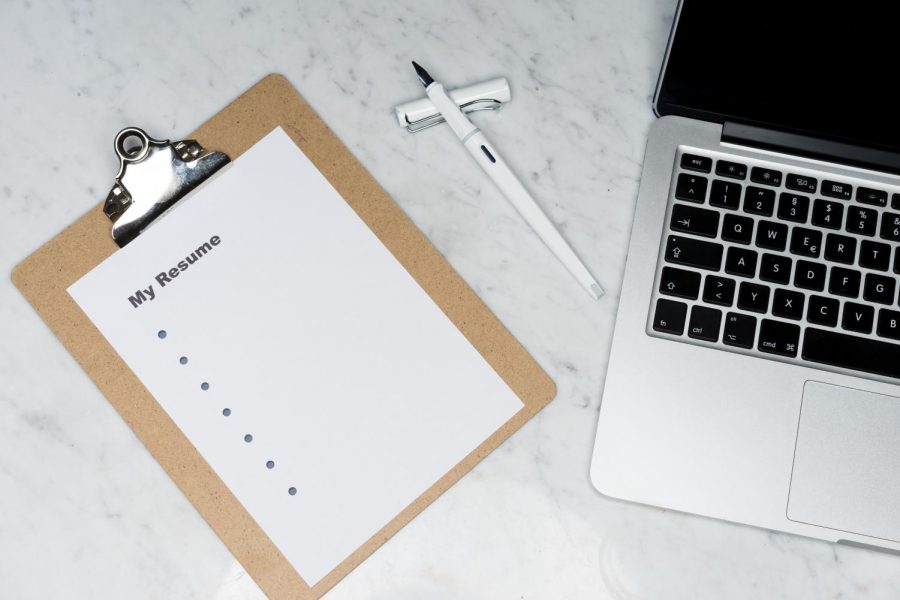 Menditto, along with 18-year-old Hannah Marchok and myself, work at the Meltshop, in Newtown. Together with Danielle Kelman, who works as a marketing assistant for another food-service establishment in the same shopping center, there’s now a new shared experience: filing for unemployment. This practice is one which many Americans have recently become acquainted.

It’s been six and a half weeks since students of Bucks County Community College stepped foot on campus, and five weeks since most of these same students have been without work.

About three weeks ago, Menditto filed for unemployment, and he just submitted his bi-weekly claim. His mailbox, like many, are void of the $1,200 relief check the government touted for COVID-19 related unemployment cases.

“I’m expecting it to be really slow… I’ve never heard anything quick about these people,” he expresses. Though he understands that a lot of requests have been and are still being placed. I find myself in a similar boat, having filed without yet hearing back.

He tells me that his initial claim only took him about five to 10 minutes, though he had assistance from a parent. “I think filing the biweekly claim was easier than filing [the first time],” he explains.

This sentiment is not shared by Marchok, who started applying around the same time, but never finished. “I got pretty far in it…the process was organized enough but some questions were uncomfortable,” she confesses, adding, “I tried calling their support, but was on hold forever.”

She added, “The kind of frustration I felt was similar to filling out the FAFSA.” Steadfast that the process isn’t purposely designed to make the user feel stupid, she concludes that this is how one can end up feeling anyways.

When filling out an application, the user’s last week of pay is used to represent their regularly scheduled hours in aggregate with other data. Marchok, who receives a new schedule every week, doesn’t usually work the same hours. Worried that her answers may inaccurately reflect her actual working hours, she grew weary of submitting her request.

The Washington Crossing resident, who’s currently an undeclared major at Bucks, acknowledges she has the luxury of not applying, saying, “I also feel like I don’t deserve it.” She hopes that those who really need the assistance do not have as trying of time on the government site as she did.

Kelman, a business administration major, also from Holland, found both ease and frustration in the affair. With her first claim filed on March 17, she didn’t find it too difficult to navigate. The complications began about a month later.

Instead of a stimulus check, Kelman received word that she didn’t qualify for benefits. Perplexed, the 20-year-old discovered that the Labor Department based her claim off an employment position she hadn’t even entered in the system. Rather than resolve her status from her current position, which she’s held for the better part of two years, her application was judged from a serving job she had for only two months earlier in the year.

With the agency taking no ownership of their blunder, the burden to file an appeal now falls back on Kelman. A process that seems all the more strenuous, she notes that, “They say you can file it online, but when you go online they just give you an address to send the appeal.”

Angered, Kelman expects it to take at least a month, if not longer until she sees any money come her way.

My own circumstances proved equally as labyrinthine. Despite having been employed full-time by Meltshop since October, the application informed me I had not made enough there. I was then required to include my second previous work experience. The issue is, that employer was based out of New York.

COVID-19 assistance registration is handled by state forms, which would stymie any hopes of getting my initial claim in seamlessly. More stumbling blocks presented themselves along the way, as I entered details on my New York employment history. It took well over an hour until my application was tendered.

Three weeks later, I received a letter informing me that I was not eligible for unemployment. As I suspected, they ignored my employment history from New York, where I held a salary position and stated my ineligibility was because I hadn’t made enough while employed at Meltshop. I am in the process of filing an appeal.

For students such as 31-year-old Stephanie Irizarry of Levittown, whose job was classified as essential, the hassle of filing for unemployment is traded off for changes in policy which come with their own wearing responsibilities.

The pre-professional psychology major has worked at Woods Services Treatment Facility for the past 10 years, now fulfilling the role of admission support specialist. In her occupation at the facility, which services adults and children with special needs, Irizarry continues to work her normal 8 a.m. to 4 p.m. shift, twice a week at the office and the rest of the week remotely from home.

With around 330 youth and 200 adults engaged with the facility, either through residencies or educational campus classes, Irizarry spends most of her time conducting intake calls with family members questioning about enrollment for their loved ones. “A lot of people I talk with about working remotely usually laugh about sleeping late,” she reveals, “Unfortunately, I get those calls right at 8 a.m. or 7:30 a.m. or way past the time I’m supposed to typically clock out.”

Being one of three Spanish speaking employees, Irizarry has had to inform families through the facility gate of their relatives being moved to other rooms on campus due to infection. Sensitive moments like this have taken tolls on her resilience and well-being.

Her role as overseer of admission to the day program has been suspended until the project resumes services. Online learning has become the new norm for these students as well.

Irizarry recounts driving on her facility’s campus and seeing the newly designated quarantine building, with staff coming in and out donning hazmat-type gear. In regards to the administration, she, “hopes they truly appreciate the direct care workers and give them a raise seeing how essential they are.” Her sympathies extend to food-service workers pulling long shifts as well.

Thoughtfulness on a managerial level is little more than a pipedream for Menditto, especially after he was told the other close by location in the “Hot Sandwich House” chain was reopened. This news came without any communication from supervisors at our shop. “Completely in the dark,” is how he describes feeling, having not been reached out to since March 25.

Concerned with the treatment of restaurant employees, Marchok wants, “A lot more appreciation for the fact that we’re still paid way less than everyone else. People treat you badly. I always felt respected by coworkers, but especially around the Newtown area, there’s a lack of respect for people who aren’t like you.” Kelman adds to this, offering hope that, “once everything passes that rather than everyone getting angry, there’s more understanding if something is a mistake. I hope everyone from the guests to the team are more understanding of the circumstances.”

Marchok and Menditto both anticipate another month or two before resuming work. Neither expects to go back to typically hours of operation and fear staff layoffs.

Kelman, not waiting for the pandemic to decide her fate, has been using this time to learn how to trade on the foreign exchange market. She’s also maintained steady income as a health and wellness guide, providing weekly meditations through Zoom. Forced to transition to online methods, she urges, “I think that people need to start realizing that everyone has a resource to make money at home in the palm of your hand.”

Foreseeing a return to full office occupation in the near future, Irizarry worries that with a dwindling staff and relative risk attached to the close contact environment of her job, it may be hard to fill needed positions.

When asked his opinion on protesters vying for Harrisburg leadership to reopen the economy, Menditto contends that, “Anybody that protests probably doesn’t have the full information. I don’t think they’re fully informed but I don’t think anyone is fully informed.”

Worried that such uprisings may reflect poorly on America as a whole, Marchok laments that, “It’s very upsetting to see. It’s a big middle-finger to everyone who has been praised for their hard-work in healthcare.”

“You’re doing a service to the rest of your county or state by staying home,” Irizarry contributes. She and Kelman both believe that people should, at the very least, be more appreciative of their time with family.

This is attitude hits home for Irizarry, whose aunt died in her Bronx apartment due to coronavirus complications. She said, “My aunt flatlined on April 9. Due to priorities in New York, she [only] had the oxygen machine the night before. The hospitals are capped. Within 12 hours she passed.”

Similarly, Marchok said her aunt, who works with the New Jersey Department of Corrections as a teacher, was showing symptoms of COVID-19. Although classes had been canceled, education professionals were still mandated to clock in and hand out packets.

The morning after Marchok spoke with me on the record, she confirmed that her aunt has tested positive, and had most likely transmitted the virus to her 25-year-old daughter, 63-year-old husband, and 81-year old mother.

Interestingly, Menditto, Marchok, and Kelman all verify that they haven’t spoken to any of their food-service coworkers since the shutdown. Menditto, whose aspirations of being promoted before his transfer to Westchester University, and another location with the same company, are all but crushed.

Whilst avoiding the tedious nature of filing for government relief, Irizarry says that “For my mental- it’s a saving grace to have something to keep me busy, to focus on. It’s a little much at times when things get emotional… but I appreciate the fact that I’m able to work and get some sort of finance when others aren’t.”