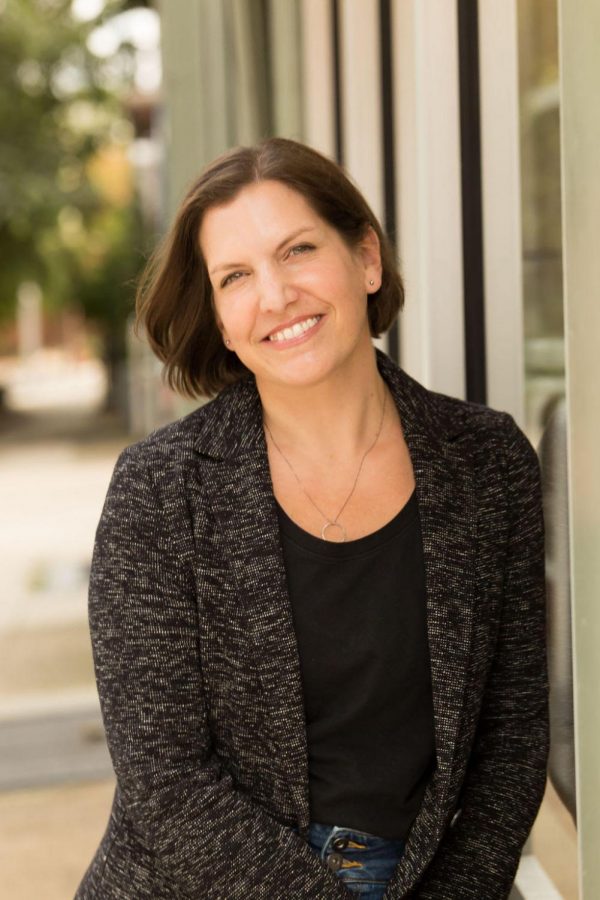 Sarahlyn Bruck, a Bucks language & literature professor and writer, is preparing to publish her second book in her career.

The writing process for her second book “Daytime Drama” started in the winter of 2017 and was followed by the first draft in 2018 which she spent time revising, and finally a book contract in the summer of 2019.

For her second book, Bruck was heavily inspired by the harsh Philadelphia winter of 2017. Being a California native and spending many years living in Hollywood before making the decision to move to Philadelphia in 2007, Bruck was missing the comparatively warm temperatures in Los Angeles.

“I was freezing, as usual. I love Philadelphia and don’t wish to return to California on a permanent basis, but on cold winter days I yearn for those warm LA January’s and Februarys,” Bruck recalled.

“So, I thought I’m a writer, why not write about Los Angeles?”

And so began the start of “Daytime Drama,” a book that follows the story of Calliope Hart, a soap opera star by day and a “harried single mom by night,” set in none other than California.

The story is told through multiple perspectives, and explores the dynamics of family, love, career, and making it as an aging female star in Hollywood.

“When she finds out her show is about to be cancelled, she finds herself at a crossroads; fight to save the show and her 25-year run as a soap opera star, or risk everything to reinvent her career and personal identity,” said Bruck

Bruck explained that the writing process for this book proved to be “so much fun.” The process compared to her other works involved a lot of time researching the entertainment industry and soap operas specifically.

“I have such affection for all the characters and loved getting into their heads. It almost felt like an acting exercise,” said Bruck. “With this book, I wrote the ending early on and plotted pretty carefully to get to that ending.”

In addition to her outstanding career as a writer, Bruck is also an associate professor at Bucks, another demanding job outside of her writing career.

“Time is always going to be an issue,” Bruck said when explaining how she manages teaching and being a successful writer.

“But as an author, I do think I have the perfect job as a writing professor. For one, my schedule is relatively flexible. Sure, I have days and times I need to be somewhere to teach. But a lot of my job is planning classes, creating content and reading and grading student writing,” said Bruck.

“My work as a writing professor also exists within the realm of my own writing,” said Bruck. “It’s not like I have to reset my brain every time I sit down to write after an 8-hour shift calculating people’s taxes or selling life insurance.”

Bruck said her writing and teaching is encouraged by the “incredibly supportive” department she works within at Buck.

“We all cheer on each other’s accomplishments, whether they’re research presentations, academic articles and books, poetry collections, or novels and memoirs that my fabulous colleagues produce. I feel really lucky,” said Bruck.

Like many writers, Bruck has struggled with writers block many times. Something that helps is taking a break.

“I get blocked all the time. Usually what helps is taking a break, going for a run or walking my dog. I think it’s the combination of fresh air and moving around that loosens my brain up a bit,” said Bruck.

Bruck also loves the craft of assembling words, which makes producing a completely new book all the more exciting.

“Writing’s fun,” Bruck explained. “I’m always working on something. I actually feel like something’s ‘off” if I’m not working on a project. In a nutshell, I love to write!”