Gun control in the United States 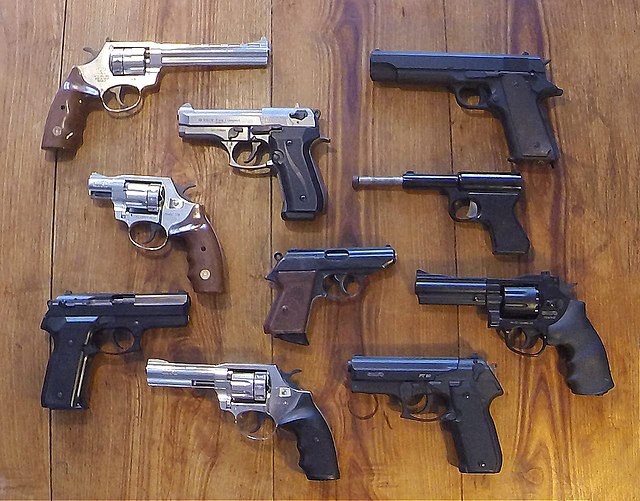 Gun Control in the United States

Why is America home to so many shootings? There are many factors that contribute to the constant gun violence that takes place in the U.S.

One factor is that the U.S. has more guns within the country then it has people. The U.S. owns about 45 percent of the world’s privately held firearms. America also has the most civilian owned firearms in the world.

The U.S. is one of few countries that has the right to bear arms within the country’s constitution. Many gun owners within the U.S. would not like to see any further restrictions on firearms.

Countries like the United Kingdom have more restrictions on gun laws than the U.S. Since the restrictions took place in the U.K., gun violence went down, but there was an increase in crime using weapons such as knives, machetes, axes, acid attacks, and others.

This shows that taking away the people’s right to bear arms in the U.S. might not work as well since people will find other ways to use violence.

Kutztown student Ryan Poust said, “I feel like mass shootings and gun violence in this country is a minefield of a conservation. While many people think it’s a right to defend someone’s property, some take the concept of these rights too far. I think there is a bending of morals and values when it comes to mass shootings because the perpetrators are normally full of hatred or another mental hyper fixation.”

A way to solve problems like these without taking away every American’s right to bear arms would be to add restrictions on who can and cannot own a gun. Stricter background checks and frequent tests on the gunowner’s mental state could help eradicate gun violence in the U.S.

Studies have found that states within the U.S. that have restrictions on gun ownership have lower gun related deaths than other states. America has six times as many firearm homicides then Canada, and almost 16 times as many as Germany.

Many citizens do not want to lose their rights to own and use firearms in the U.S. With mass shootings happening often enough throughout a year, there is going to need to be some sort of change within the country to help create a safer environment for us to live in.