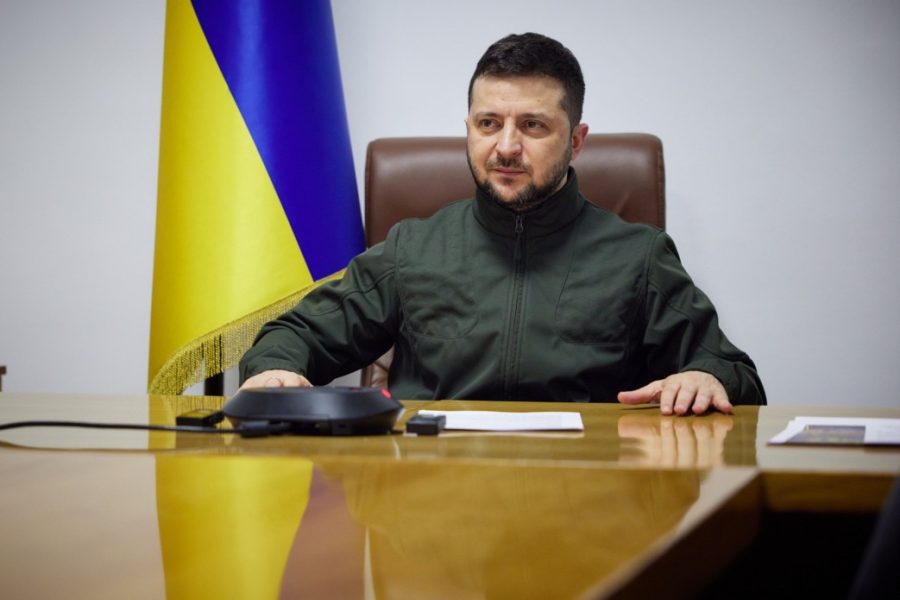 On Feb. 24, Russia officially began their invasion into Ukraine, initiating a war that has impacted people all over the world and one that is still ongoing almost a month later with no end in sight.

This war is unprecedented, with almost all of the world supporting Ukraine in this conflict, even countries that are typically neutral like Switzerland. However, even though they support Ukraine, everyone is extremely hesitant to get involved due to the threat of World War III.

Russia’s president Vladmir Putin has gone as far to say that anyone who interferes will face “consequences that you have never seen.” Many people believe that he will start WW III if anyone becomes involved, with some people believing that he will launch nukes at the countries that get involved.

In result of this, countries all over the world are staying out of the war for now as they do not want to risk the start of a nuclear war.

However, some people are becoming mad at these countries for not doing enough to help the people suffering in Ukraine, with most of the animosity being directed at the United States and NATO.

Because of this, I went and interviewed college age students overseas about their opinions of the war and what they think of America, as well as the rest of the world’s response so far.

When asked about how they view the war in Ukraine, 18-year-old Romanian student Alexandra Elena says, “The war in Ukraine represents for me a battle of two ideologies. One of coercion and suppression of rights (Russia) and the other one of freedom (Ukraine)”.

Romanian student Amalia Dracman, 18, thinks that the world has done little to respond to this war but that is to be expected. “The world is showing respect to Ukraine. Everywhere people are showing respect to the country, but no one is really doing anything and that is understandable because it will start WW III.”

However, the world seems to be divided on how they feel about America’s response to the war. Elena says, “The United States has clearly positioned itself in favor of consolidating democracy and strongly supports Ukraine”.

Whereas Dracman explains, “The USA is one of the main reasons that the war started because they do things from the shadows. They do a lot of bad things that people often ignore or do not know about. Also United States President Joe Biden is unable to do anything”.

When asked if he thinks that this conflict will lead to WW3, 22-year-old Filipino Lorenzo Fernandez says, “No because both, the big independent countries and the small countries want to try and keep the peace between nations.”

This seems to be a common thought as all three agreed that they believe the world will try and do whatever they can to avoid WW III. This is because there is the threat of nuclear weapons being in the mix and no one wants to destroy the world.