Freedom of Speech on College Campuses 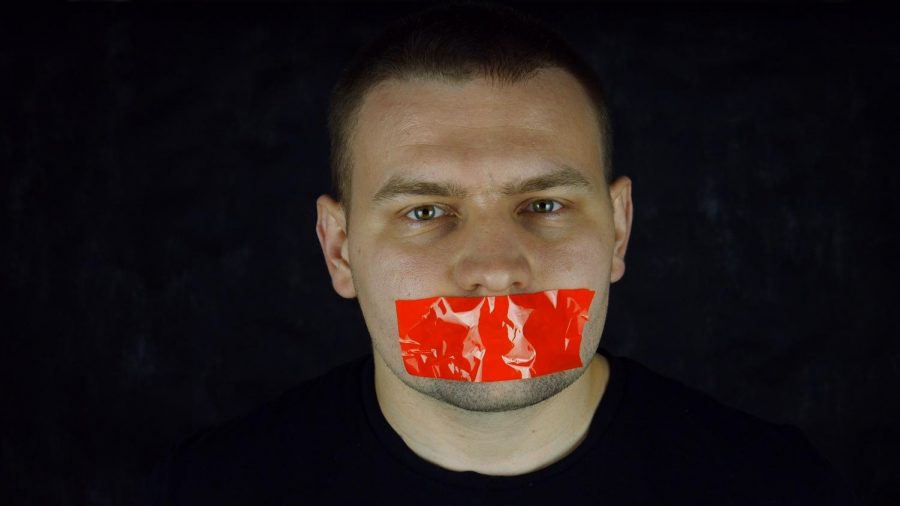 Colleges allow their faculty and students to have freedom of speech on campus, but some students believe they are still being censored.

Real Clear Education performed a study with the help of College Pulse and the Foundation of Individual Rights in Education to determine if freedom of speech was a problem on college campuses.

Their study yielded that “Only 40 percent [of students] said they were comfortable disagreeing with a professor publicly—that’s down five percentage points from last year.” More than half of college students feel uncomfortable opposing their professor.

Their study also revealed that more than 80 percent of American college students self-censor in the classroom whether it be online or in-person. According to the study, eight out of ten students do not believe that they have complete freedom of speech.

Schmidt goes onto to say, “There are just some topics that I cannot talk about in class, like abortions or gun control, without the fear of receiving backlash. I censor myself in class because I worry what might happen if I speak on a sensitive topic and how it might be perceived by my classmates or professors.”

Dylan Fay, a 21-year-old business major, states, “No, I don’t think I have complete freedom of speech on campus.”

Fay continues to say, “Even in high school there were certain topics you could not talk about or opinions you could not share. Schools censor problematic topics, like legalizing marijuana, but we should be able to talk freely and debate about real issues that the world deals with.”

Students seem to recognize that they do have freedom of speech on their campus, but that it seems limited in certain areas of discussion.

Another student that shares this viewpoint is Rose Phillips, a 20-year-old Biology major.

Phillips expresses that “The campus does try to promote itself to be open minded but not everyone follows that standard. In classes, you have to pick certain classmates you can trust to talk to about a specific topic because you know they won’t judge you or shut down your ideas.”

Phillips seems to suggest that it is not just the campus or professors that reject some aspects of freedom of speech for students, but that classmates may also contribute to the issue.

Kat Woods, a 19-year-old Photography major, does not share the same viewpoint as the other students.

Woods says “Of course we have freedom of speech on campus. I can talk freely about whatever I want. People may not agree with my opinion, but they won’t stop me from speaking my mind.”

Woods also mentions, “I have not had any problems with people trying to censor what I say. In class, we can have an open discussion and share our different views.”

Some students do not seem to notice any issues with exercising their freedom of speech, while others feel like they are being restricted or having to censor themselves.

Colleges promote themselves as being open-minded and allowing students to have self-expression, but many students do not feel like this is true. The question remains- is it the job of the students or the college to create an atmosphere where students can speak freely?