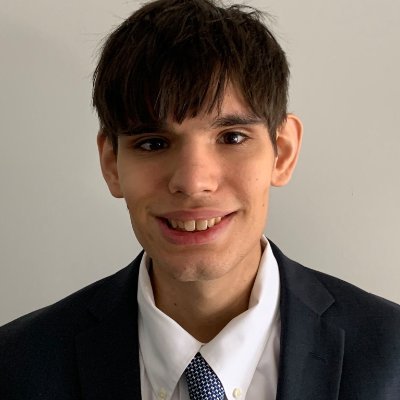 BCCC Journalism graduate Hal Conte is headed to the University of Warwick in the UK to study Global Media and Communication as a graduate student and a recipient of a Fulbright Scholarship. This news comes after half a decade of working towards a career in Journalism. “It obviously does reflect that I put in work towards this,” said Conte.
Even though Journalism was not Hal’s first choice in high school, he was raised in a home that was more than familiar with news writing. “My grandfather and my father were Journalists,” remarks Hal. “I wanted to be a car designer when I was younger, but then I realized I couldn’t draw,” Hal joked.
While Hal’s mother’s first career was a school teacher, she would eventually switch to Journalism as well.
Being dually enrolled at Bucks County Technical High School, and BCCC, he began taking Journalism classes. Not long after starting classes, Hal was becoming recognized for his work with the Centurion paper, winning multiple Keystone awards.
During his time at BCCC, Hal enjoyed writing about politics and free speech, media and cybersecurity, and covering demonstrations. “I wrote a few articles on the media and cybersecurity while I was at Bucks that actually ended up foreshadowing some stuff I’m looking into now,” he said about the future.
After hearing about an opportunity to study abroad from a fellow BCCC student, Conte found himself interested in the program. “The instant I heard that, I thought, wow that’s really cool I want to do that too!” he expressed. Hal would keep this in mind for when he transferred to Temple University.
Conte would go on to participate in Temple University’s Klein GO London Summer Experience during the summer of 2019. Though no stranger to life in the UK, there is little doubt his experiences at the University of Warwick will be a bit different than London. “It’s more like the rest of the UK,” Conte explained.
Initially a bit skeptical that he had any chance of receiving the Fulbright Scholarship, Hal claims he ultimately forced himself to apply. “I was thinking it was very unlikely,” he mentioned. “Then I found out I was a semi-finalist, and eventually that I had been selected.”
During our interview, he could not contain his excitement at learning more about studying somewhere other than London stating, “If you studied in New York, or D.C., no one would say that you know America,” he responded in reference to seeing more of the UK.
When we talked about life after his master’s degree, Hal mentioned potential PhD programs, being published, and even potentially working for agencies like UNESCO. “I have some friends that work for the Lenfest Institute in Philly. Working there would be pretty cool too.”
In response to the idea of staying in the UK, it is up for debate. “I believe I will [come home], but I am definitely not saying that is guaranteed.”
Conte graduated from Temple University in 2020 and has been writing ever since. As a reporter for the Lebanon Daily News in Pennsylvania, Hal has covered a variety of local stories and political issues. Though he enjoys the work he is doing there, he says he just can’t pass up studying abroad again.