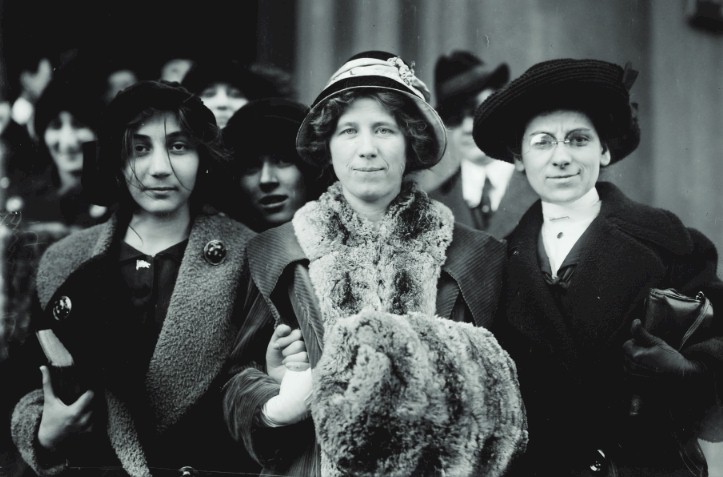 Women’s History Month, which has been celebrated during the month of March in the United States since 1987, gives recognition to the many accomplishments of women in history, culture, literature, and society.

While it’s important to honor women during March it could be argued that we shouldn’t need a particular month to honor the achievements of women, nor should special events be required to highlight the inequality women face every day.

“Reproductive rights; equal pay; safe and affordable health care; and childcare; freedom from harassment and assault in the workplace, in schools, and at home; elder care; good schools; the availability of safe housing; and good food affect everyone: these are not women’s rights; they are human rights,” says Professor Annette Conn of the Language and Literature Dept. at Bucks.

Bucks offers a Women’s Studies emphasis to those studying for an English major, and Conn is teaching courses in both Women’s Literature and Gender Studies this semester.

For those interested in these courses, there isn’t a better nor more urgent time in our culture and society to explore these issues through the lens of female writing and literature, and gender studies.

Is there such a thing as ‘female writing?’ “Yes,” argues Conn, because “it is writing which is woman centered,” and all the literature studied in the course “explores the world from a woman’s point of view, and with the goal of exploring women in the world and consciousness,” she says.

Women’s Literature gives students the opportunity to study female writers from the very late 19th century and its Victorian culture right up to those writing today: through novels, short stories, and poetry. “Women writers in the past faced more problems than women writers today, even though many of the obstacles still persist,” says Conn.

Gender Studies “explores the idea that, while sex is biological, gender is culturally determined,” says Conn.  The Gender Studies course is “urgently needed today,” she says, “when 25 percent of millennials and Gen Zs identify as non-gender conforming.”

Women’s History Month is a time to reflect upon all the women of history and those today who continue to do great things in our society, but the spotlight should not deflect from those women balancing many duties, and who achieve the extraordinary in their everyday ordinary lives.

“Women’s History tends to honor individuals who achieved some remarkable feat, but we need to also focus on women who have been treated as ‘less than’ throughout history: women of color, working class women, single parents, grandmothers raising children, the heroic women like those we are seeing right now in Ukraine who are fighting for democracy,” says Conn.

Progress has been made and women are making greater strides in society with more women attending college and graduate schools, running their own businesses, and being CEOs of large corporate organizations.

“However, the majority of women still earn only 75 cents on the dollar that men earn in similar positions, and many women still struggle to balance the demands of family and work. One in four women still report that they have experienced sexual harassment or sexual assault in their lives.  So, clearly, we have a very long way to go,” says Conn.

Women’s History Month and International Women’s Day, which is celebrated each year on March 8, provide focal points to celebrate women’s achievements, and the ideal opportunity to reflect upon women’s rights and contemplate just how far (or not) society has progressed.

The Women’s Literature and Gender Studies courses offered at Bucks should appeal to a wide range of interests and students, with crossover into other areas like psychology, education, nursing, and social work but “the lens through which we look at the highlighted issues is unique,” says Conn.

Like all issues, those affecting women must be highlighted, debated, reflected upon, and Women’s History Month, International Women’s Day and these courses offered at Bucks provide an ideal platform and starting point to that discourse.